About Us > Our Association

The practice of shooting at moving targets must be rooted in pre-history when being able to hit the mark was essential in order to hunt for food. The clay pigeon or clay target as we know it today originated in 1880 when the idea of the saucer shaped target came to George Ligowski, after seeing boys skimming flat stones across a lake. It had become necessary to replace the glass balls stuffed with feathers, an ungainly target with limitations in flight speed and distance.

In 1892 the Inanimate Bird Shooting Association was founded and held its first championship at Wimbledon Park, London on 29 July 1893. There were 44 entries in the 10-bird competition and the winner, Mr. Frank Izzard, hit nine out of the ten.

Live pigeon shooting from traps was banned in 1921 and consequently clay pigeon shooting became much more popular. On 27 April 1928, Mr. A McCubbin of Nobel Industries Ltd called a meeting of interested clay pigeon shooters at the Stadium Club, Holborn, to discuss a central governing body. The result of this meeting was the formation of the Amateur United Clay Pigeon Association of Great Britain and Ireland. This name proved cumbersome and was eventually changed to the Clay Pigeon Shooting Association. The first accurate records of the association show that in 1946 membership stood at 100. In 1968, 1414 members belonged to the CPSA and there were 226 affiliated clubs. Today, membership stands at 24,000 and there are over 300 CPSA clubs.

Despite the banning of live pigeon shooting in 1921, many of the terms used in clay pigeon shooting derive from it. The word “trap” refers to the launching mechanism used to propel a clay target but in yesteryear it was the basket in which the pigeon would have been confined. The word “bird” is often used when referring to a clay pigeon. “Pull” is still the expression used to signal release of a clay target from the trap, in the past it referred to the action of opening the basket. Despite the associations with the past, modern day clay target shooting is exactly that. The only objects that are fair game are the targets called clays.

Modern clay targets are made of pitch and chalk, strong enough to remain intact when thrown by sophisticated electronic traps, yet soft enough to break should a few pellets penetrate its shell. The variety of clays to shoot at has grown to include targets that simulate fur or feather game. A rabbit clay for example, is thicker and flatter than its standard cousin, with a strengthened outer rib and is launched on its edge along the ground causing it to roll and bounce erratically. The race is now on to produce a clay target that is totally biodegradable over a short period of time.

The way in which clays are launched has also evolved. State of the art electronic traps can propel clays at up to 120 mph in any pre-destined direction. Certain clay disciplines require a random target sequence and so oscillating traps have been developed to deliver such targets. Traps can now throw different sized clays, in different directions at the same time. Clays can be launched from the tops of towers, from below platforms, through trees, down chutes and from trenches in the ground giving the shooter the ultimate range of targets.

As you can imagine the range of guns, cartridges and equipment has also changed beyond all recognition. Side-by-Side shotguns are now a rarity in clay shooting. Cartridge components have improved and now provide a much higher performance for all users. Clothing has become more specialised and thankfully safety gear such as hearing and eye protection has become compulsory. An introduction to the sport through our CPSA Instruction Team’s Have-A-Go stands at many of the Game Fairs and Country Shows throughout the season for a small cost and all the equipment needed will be supplied.

The main roles of the modern CPSA are to promote and encourage the development of the sport and to liaise with government departments and the police to represent the interests of its members. This has become an increasingly important part of the work of the CPSA with recent changes in firearms law posing a real threat to our sport. The CPSA supports BASC the Countryside Alliance and the British Shooting Sports Council, all these organisations work toward ensuring our sport lives on for our children to enjoy.

The CPSA also regulates and develops all aspects of the sport (technical and otherwise). For example, each member of the CPSA has a membership number and as such may take part in any relevant CPSA Registered Event across the country of which there are thousands in a year. Individual scores are returned to the CPSA HQ and are recorded to form each competitor’s shooting record. Where appropriate member’s adjusted averages are calculated twice a year and a classification is awarded (AAA, AA, A, B, C or D). The classification system enables each CPSA member to compete against others of a similar ability.

The CPSA promotes and organises national championships in sixteen different clay disciplines, some domestic, some from FITASC events and some Olympic. England is one of the strongest forces in clay target shooting on the World stage and can currently boast Gold and Silver Olympic Medallists and World Champions in the Senior, Lady, Junior, Veteran and Disabled categories. Such a rich vein of talent ensures that a place in an England Shooting Team is coveted by many, achieved by few and richly deserved by those who make it to the top through the stringent selection shoots and procedures. Major international events often take place in England and are staged by the CPSA.  For example the World Sporting, Skeet and Down The Line Championships which move around the world.

However, the CPSA is not just about the elite shooters who attain the heights of an England badge, it’s also about the grass roots of the sport. Another appealing aspect of our sport is that practically anyone can enjoy participating in it. The CPSA is pleased to boast a large and increasing contingent of lady, junior, veteran and disabled shooters who excel in their chosen sport both for pleasure and competitively. Part of the attraction of clay target shooting is that it can be enjoyed at all levels by an eclectic mix of people, all year round, at local grounds or National Championships – take your pick!

CPSA membership offers an extensive package of benefits including third party public liability insurance cover for all field sports world-wide, (UK residents only) up to the value of £10 million plus personal accident* insurance for up to £20,000. An essential commodity in this day and age, CPSA insurance offers peace of mind in a world that sees compensation as the only solution to any dispute. Each CPSA Member receives ten issues a year of the prize winning CPSA membership magazine PULL! Full of shoot reports from International, National, Regional, County and small local shoots, PULL! aims to provide up-to-the-minute news and views from across the shooting spectrum. Regular features on new products, coaching, profiles, safety, rules and regulations, ensures that PULL! appeals to a wide audience of shooters. Access to a comprehensive Club and Trade Database packed full of information is a comparatively new addition to CPSA members’ benefits.

Clay target shooting has come a long way since the days of glass balls and feathers and so has the CPSA. We're a progressive and accountable National Governing Body for our sport, seeking to nurture the sport and ensure England continues to be a force to be reckoned with. Information and advice is available online or by e-mail, telephone or print. 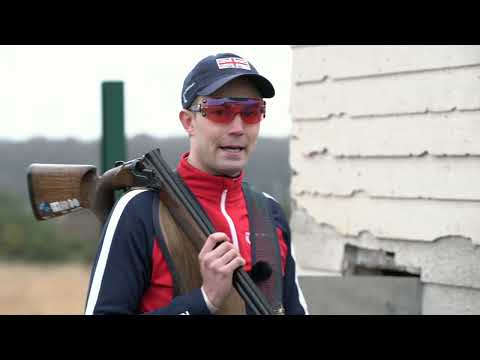