About Us > Policies > Complaints Procedure

The CPSA is committed to the continual improvement of its services and to satisfying the needs of both its Members and where appropriate, the Police and General Public. This policy outlines the CPSA’s aims and approach to the management of complaints and provides a framework for handling complaints.

Along with all modern businesses today, the CPSA acknowledges the right of its members to complain if the services offered are not provided to an acceptable level. Appropriate complaints do contribute towards improving levels of service. This procedure also gives us as service providers the opportunity to explain to users why tasks are carried out in a certain way and, perhaps, why it cannot be changed. All parties should work hard to achieve good communication between them and look upon this as being part of a quality control procedure. Over time, this flow of information will help us to develop better services. On no account will any communication received anonymously be given any consideration.

What is a complaints procedure?

It is a process for considering any representation made to the provider of a service, including comments and complaints, about the services that they provide or fail to provide.

Complaints procedures should be responsive and aim to satisfy complainants. This does not mean that all complainants will be satisfied with the outcome of their complaint, but the procedure should be directed to satisfying their belief that any complaint will be dealt with thoroughly.

Once a complaint is made, both complainant and respondent should be able to expect the matter to be considered impartially. This means that procedures should ensure that different points of view are listened to and investigated without prejudice. In almost all cases of complaint, anonymity and confidentiality cannot be given, but support should be available to both parties involved. Complainants are more Complaints procedures should be responsive and aim to satisfy complainants. This does not mean that all complainants will be satisfied with the outcome of their complaint, but the procedure should be directed to satisfying their belief that any complaint will be dealt with thoroughly.
This procedure shall provide a clear definition of a complaint, outlines minimum levels of service that can be measured and reported, is appropriate for those complaining, is easy to understand, is transparent in its execution, is quick and is efficient.

Procedures must be cost effective to operate. Therefore the system must be simple to follow for the complainant, easy to administer for the organisation, and well publicised.

It is important in relation to complaints that those bodies providing services are accountable for what they do, and take responsibility at the most senior levels for the operation of complaints procedures. Such bodies can show openness by publication of complaints statistics.

The following minimum standards will ensure that the complainant will receive the same level of service regardless of whom the complaint is made against. These standards include:

The nominated Manager will be made aware of and kept up-to-date with the progress and result of each complaint.

The nominated Manager will compile a quarterly report for the CEO and Management Board containing the following information:

How will the complaints procedure work in practice?
E.g., complaint received by HQ

It is envisaged that the majority of complaints made, will be resolved informally and usually at this first contact stage. However the following actions must be adhered to:-

The individual making the complaint must give their full contact details and if applicable their CPSA number to a member of staff who will then make every attempt to solve the problem at this point.

If however it is not possible to deal with the matter in this way, the Member of Staff who deals with the complaint shall:

Investigate the complaint in detail
Following discussion with the member of staff, provide an appropriate solution, including detailing any actions taken/needed to the complainant
Provide a written report to the Operations Manager
TIME SCALE: Acknowledgement of the complaint - 5 working days. Resolving the complaint: having received the written complaint a further 10 working days

If the complaint progresses to this stage, the nominated Manager will review the situation and decide if further action is appropriate. If it is thought that any actions/offers already submitted are appropriate, then they will inform the complainant of their findings, clearly outlining in writing their reasons.

The nominated Manager will have reached their decision by revisiting the following:

At this stage the Chief Executive will become actively involved with the complaint. The CEO will look carefully at the actions/offers already made and decide if further action is to be taken. During this process the CEO will have taken the following actions:

Arranged a meeting with the nominated Manager and Line Manager to ensure appropriate procedures/actions of all stages have been adhered to.
Review any actions/procedures/offers made/taken and make a final decision as to any further action required. This decision outlining the reasons as to why any further action is/is not necessary, must be communicated to the complainant in writing.
TIME SCALE: – 10 working days

Having received a final decision from the CEO, the complainant may if they are still dissatisfied with the outcome, make a final written complaint to the Chairman of the Board.

A panel consisting of three Board members will meet at the next Board meeting following stage five of the complaints procedure to decide an outcome. Their conclusions will bring this matter to a close.

Complaint against a Region or County Committee:

If the complaint is about one of procedures within their own county or region and under the region or county jurisdiction, complainants must remember that both region and county committees have the remit to “promote the sport” in their own way and providing it doesn’t go against the articles of either the Association or the region or county, then HQ will not intercede unless impartiality is not being observed. Contact must therefore be made with the relevant committee to try and solve the problem. In all cases, proof must be available of this contact but where an amicable solution has not been found following discussions and or meetings with that committee, then the complainant has the right to seek further clarification and guidance from HQ.

If the complaint is of national team selection procedures, then complaints should be made to HQ.

If the complaint received is one that might indeed result in disciplinary action against another individual, then the complainant will be informed that a letter must be sent to the CEO outlining the problem in detail and the envelope marked private and confidential. This letter must include full individual member details of both complainant and those who are being complained about.

Solutions to most disagreements can be found within CPSA Booklet 5, which clubs should keep spare copies of and make freely available to all members participating in any competition. It must be remembered that CPSA rules only relate to registered competitions.

Clubs have a responsibility to all persons under both Employment and Health and Safety laws and regulations and should rigorously carry out the requirements of all such laws if they want to avoid prosecution. CPSA advice to its entire club membership gives clear guidance on the employment of young persons. There is the opportunity to employ such persons but there is a strict procedure that must be followed in order for them to do so. The CPSA therefore does, only under its Duty of Care, give best advice on these matters.

Regardless of what the complaint is, complainants should in the first instance seek a solution with the proprietor/manager at the time of dissatisfaction. Any complaint not able to be solved by discussion should then be addressed using the sale of goods act to conclude a settlement.

The Chief Executive and two nominated members of the Management Board, supported by the Honorary Solicitor, will be the judges of any claims for compensation. 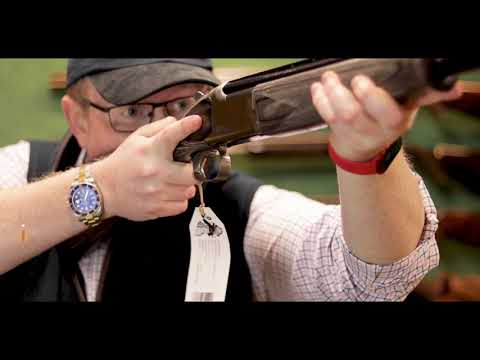