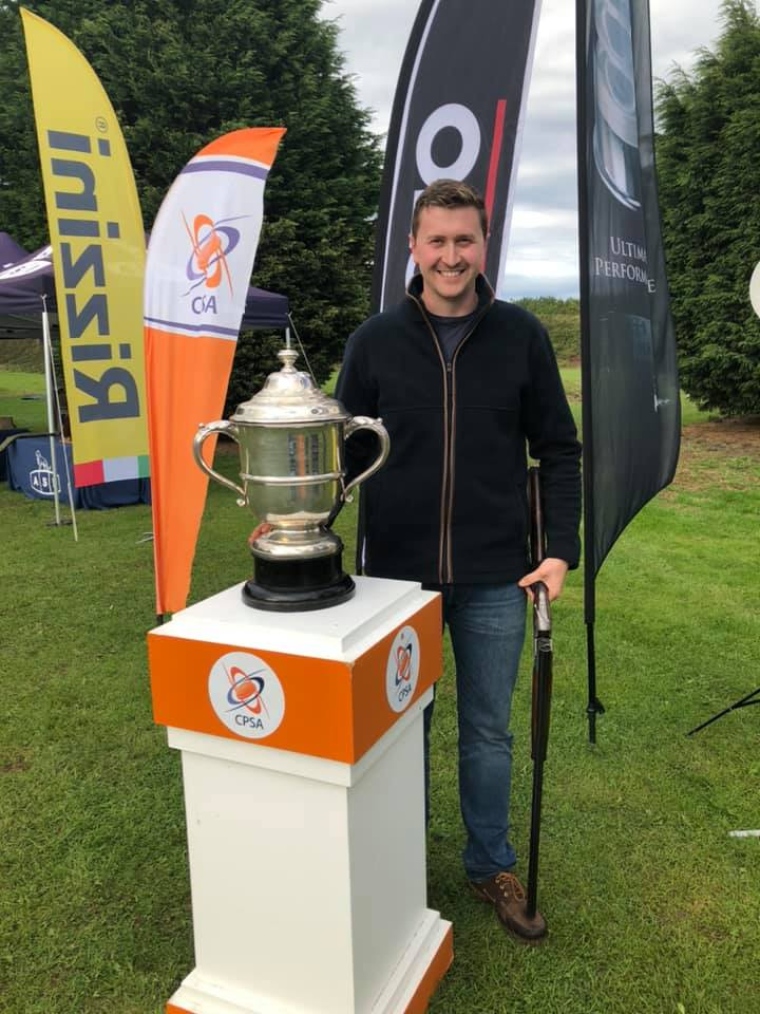 Today was the invitational final of the CPSA British Open English Sporting 2020.

We started off dry and sunny, with moods high as the Top Shots descended on Garlands. All the top five shooters from each class (AAA, AA, A, B, and C) and the top three from each category (Ladies, Seniors, Veterans, Juniors, Colts, and Disabled Standing and Disabled Sitting) from each day of the qualifying 120 target sporting, were invited to today’s shoot. The shoot consisted of a  75-target sporting Final set by Steve Lovatt.

The Colts opened today’s 75 target made over 10 stands. Darcy McBride said “I thought the targets were alright. They were much closer than the 120 qualifying, and I think they could have been a little further away, and maybe a little faster with a lot more speed”.

There was as shoot off between Juniors Darcy McBride and Henry Bevan who finished on 68 ex75, and Darcy just pipped Henry to the post by 11 to 10.

Amy Easeman won Lady Junior High Gun, as well as was Lady Runner Up after a shoot off with Hannah Gibson. Amy commented “I though the final shoot was a lot tamer than the first round, but again there was something there for everyone. I found the Battue particularly tasty in the way it curved towards you. The last stand having three singles was also a great way to finish”. Tanya Faulds won Lady High Gun with a 68 ex75.

“It’s a well-run shoot” said Richard Bunning “It’s great that all level of shooters have enjoyed it. It’s not been too hard and not demoralised anyone – and that’s what it is about really. Not always about hard targets, even the easy ones you still have to hit them all. Its been an enjoyable week and run smoothly given the circumstances”.

Sam Nunn, after a nervous start, took the honour of Disabled Standing High Gun with a 61 ex75. Paul Bailey took Disabled Sitting with 58 ex75. Well done to both, and who competed in these Categories over the last few days.

Annalise Evans, a Lady Junior Shooter said “I thought it was a good shoot overall, and really great that in the Covid circumstance we are able to get out to a championship. Nice the conditions held for all on their 75-round”.

The weather was bright, sunny and dry all day, until the Super Final. A typical British weather surprise caused a downpour during the six-man final. However, despite the rain David Ferriman, Sam Green, George Digweed, Chris Biddlecombe, Chris Childerhouse and Stuart Cumming shot amazingly well, and managed through their 5 stands. The Super Final was also live-streamed on Instagram, and the video is up on our page if anyone would like to take a look - the camera just about survived the rain! We were pleased with the result despite the minimal signal in the field, and look forward as using this as the starting point for future streams, making some changes from the feedback received today for future championships Super Finals.

This championship event would not have been possible without the generous support of sponsors Rizzini (distributed in the UK by ASI, Gamebore and Musto who have provided a gun, cartridges and clothing vouchers respectively as prizes for winners. We are also grateful for Promatic's support around the ground.

Thank you to Steve Lovatt and his team at The Clay Shooting Company for putting on a great week of shooting.