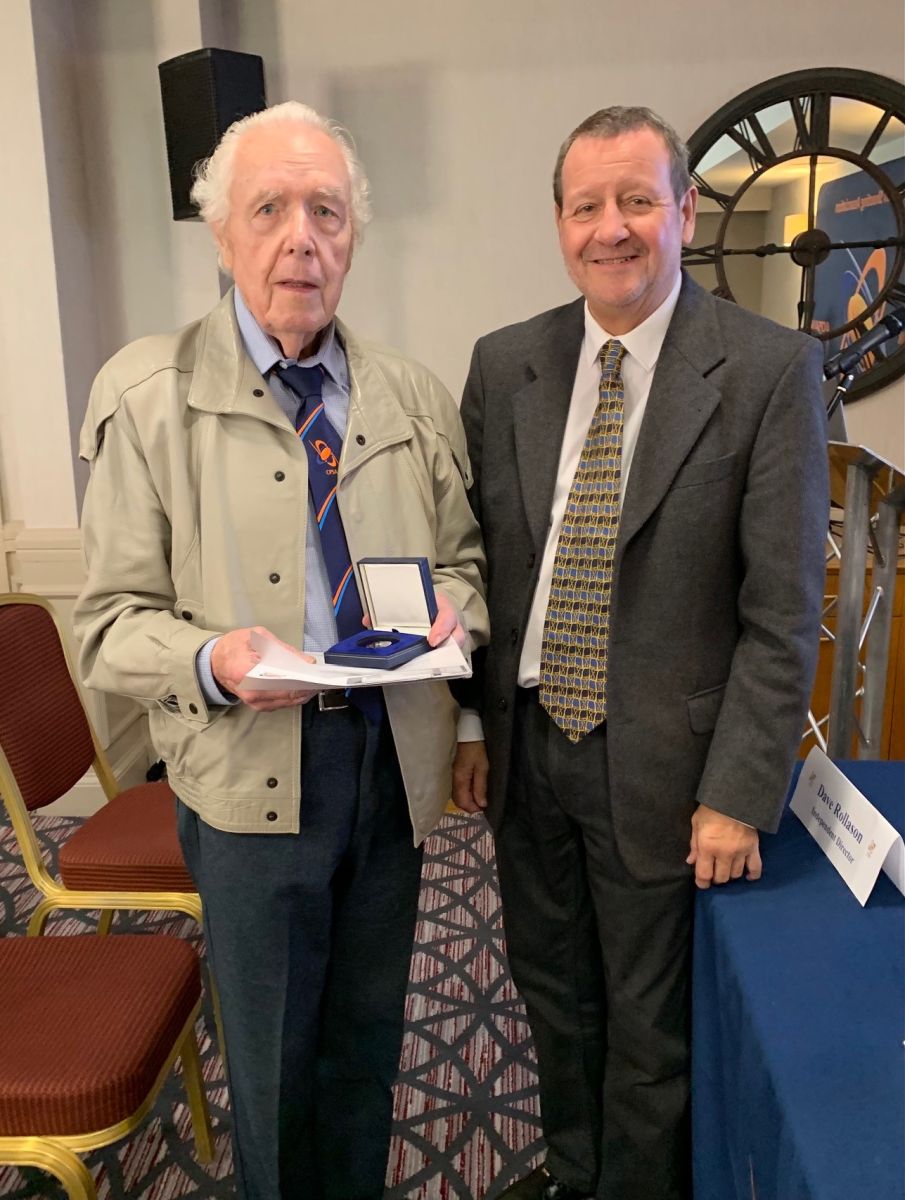 We were delighted to award John Nightingale from Rugby & District Trap Club with his CPSA Life Vice Presidency on Saturday 30th October at the CPSA AGM. John is a worthy recipient of the award having spent over 30 years running Rugby & District and we send our warmest congratulations for his achievement.

Many thanks to Paul Fallon for his tribute to John's achievement and contribution to our sport:

"Many of us have known John over the years as an ever present part of our shooting community.  His participation and contribution to our sport has been multi-faceted with the more public face being his role as a very capable and accomplished competitor both domestically and internationally.  At the same time as enjoying our sport himself, many know John in his role as a ground owner.  His best known venture, Rugby and District Trap Club has been a much loved and enjoyed facility in the midlands for the past 33 years.  Throughout that time John has developed a first class facility with a strong following.

Probably less well known will be John’s contribution behind the scenes.  For as long as anyone can recall he has been Chairman of the Warwickshire CPSA and at the same time has been part of the West Midlands CPSA as a committee member and County representative.  He has also been part of the board of the BICTSF.

Regardless of his role or level of participation he has been a great ambassador for Clay Shooting.  He has given his time freely over a sustained period, providing his guidance and advice together with plenty of encouragement to those around him for the benefit of individuals who have known and come into contact with him and also to the benefit and development of the sport over the years.

Rugby and District Trap Club will sadly be coming to a close in 2022 as a result of a change in ownership of the land on which the club operates.  John has run the club here for 33 years following an earlier venture near Stoneleigh.  A few years ago (probably more like 10 – 15 years thinking about it) the club house suffered a major fire and was destroyed.  It was re built and resurrected by John and his team to recover stronger and better than ever.  The club has always operated more as a passion and hobby interest for John rather than as a business, his business interests being as a Motor Cycle dealership in Rugby.  He has always encouraged our junior members, providing free entry for them.  His ground has also hosted many have a go events for newcomers to try out clay shooting.

His time as chairman of Warwickshire defeats even the memory of Bob Kibblewhite who can not recall anyone else in the chair.  As you probably know, Bob was part of the inaugural county committee in the early 70s and has been part of the committee even to this present day."