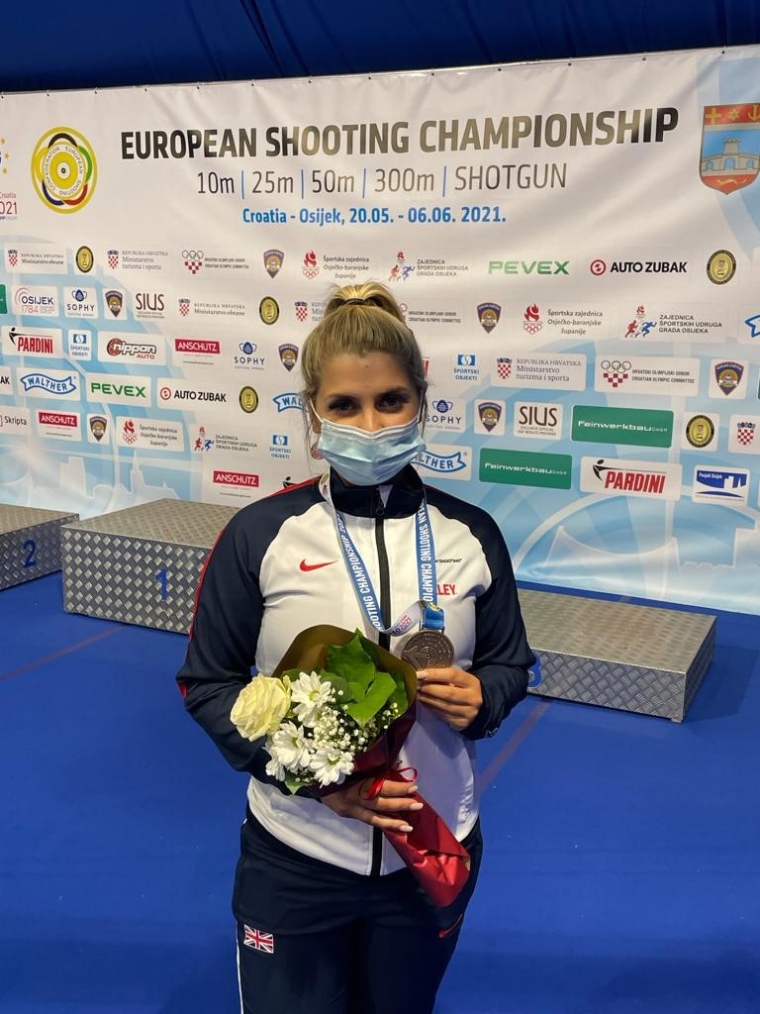 Amber Hill has won bronze at the European Shooting Championships in Croatia.

The competition, which took place in Osijek after a late move from Baku due to Covid restrictions, is the Skeet shooter’s last chance to taste International competition ahead of the Tokyo Olympics.

And she didn’t disappoint, with the current World Number One shooting a score of 38ex50 to secure third place on the podium.

The result supersedes Amber’s previously won quota place, and so it will now be noted that she won her Team GB Olympic quota place at the European Championships, and not via a World Ranking place.

Unfortunately in the men’s discipline, despite some fantastic shooting from Ben Llewellin, he just missed out on a final place after losing a shoot-off in the qualification rounds.