I wish to inform the shooting community that Peter Billington, 82, has lost his fight and died Tuesday 5th October at home . He was one of the great characters of the sport and will be missed by many that knew him. I first met Peter 50 years ago at Southend Gun Club, who got me into competitive shooting. At that time he was one of the top ISU Skeet shooters and one of only a handful that had shot 100 straight at ISU. He shot for GB and England. In his later years he preferred Sporting and FITASC, he made the England Team for the inaugural Home International FITASC event at High Lodge. The last few years he became a regular Referee at John Dyson's events .

He will be greatly missed on the shooting circuit.

Peter pictured on the far top left in this England Team photo: 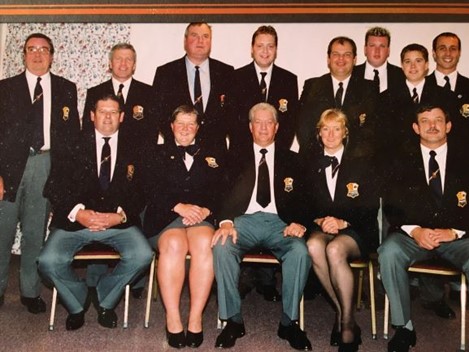