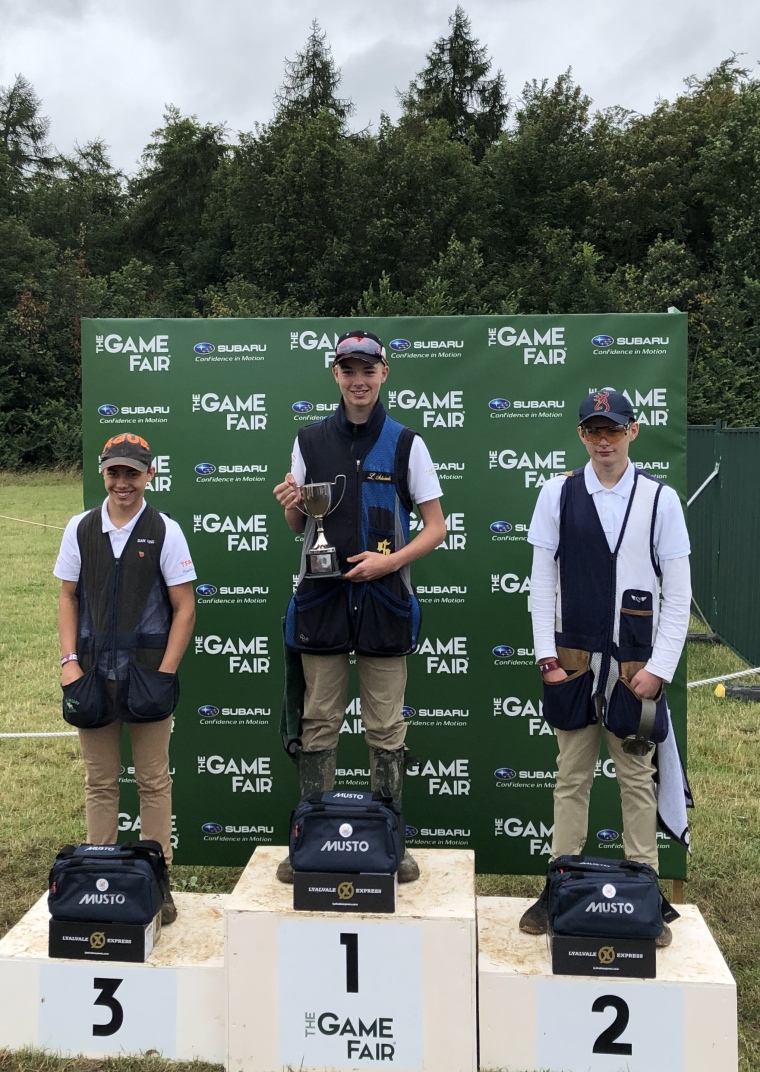 Hatfield House, 28 July 2019 – Defending Champion Tristan Hockey has won the CPSA Colts Challenge at the annual clay-target shooting competition that is held at The Game Fair. A shoot-off was required to determine second and third following a tie, ending with Charlie Madden as runner-up, and Daniel King placed third.

The Colts Challenge is an invitational competition, where the top ten ranked Colts (clay shooters under 16 years old) in England that can attend on the day are invited to compete for the title. Having won the Colts Challenge last year, Tristan is a familiar face on the top of the clay-shooting circuit.

CPSA National Development Manager Richard Worthington who refereed the competition commented ‘I was really impressed with their shooting. The standard of these young shots is incredible, they are definitely the future stars of our sport.’

The other competitors were Ryan Dodd, Travis Durrant, Daniel Carpenter, Oliver Tyler, and Thomas Baker. The top three winners each won a clothing voucher from Musto and shotgun cartridges from Lyalvale Express and free CPSA membership on their next renewal.

The CPSA is the National Governing Body for Clay Target Shooting in England, supporting clay target shooting enthusiasts across the UK and promoting the highest standards of excellence. The CPSA regulates the standards of safety and competition at 300 affiliated and registered grounds around the country, promoting and organising national championships in sixteen different clay-shooting disciplines.