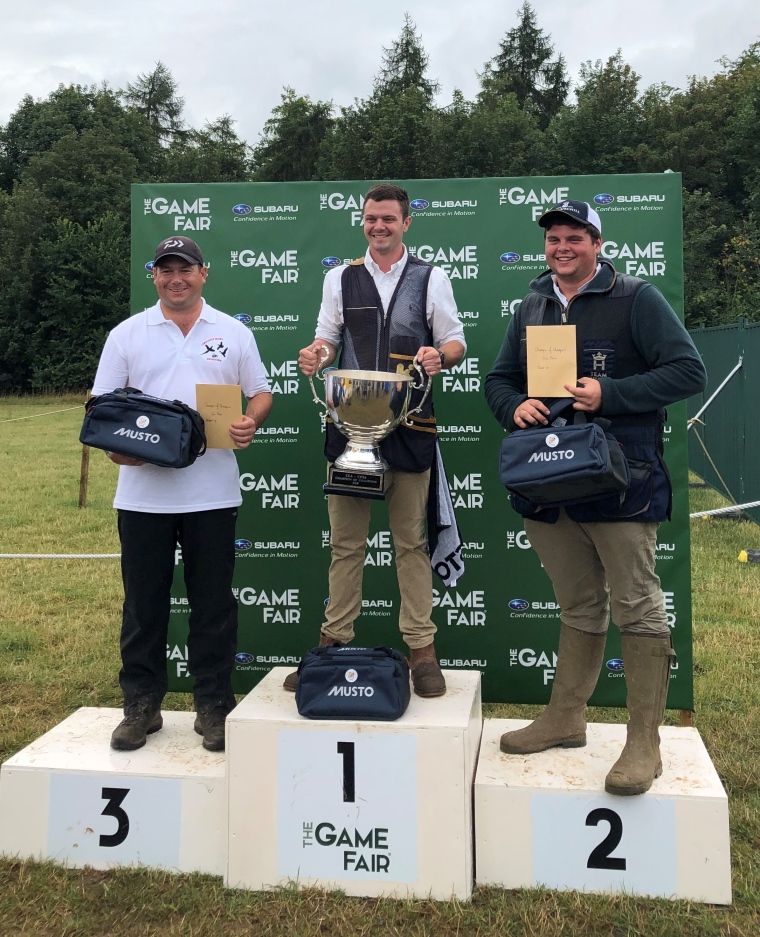 The Champion of Champions is an invitational competition, with each CPSA County Committee in England invited to submit a County Champion to compete for the title. Guy is a dairy farmer from Sussex, who aside from winning the CPSA Champion of Champions twice previously, also shoots for England on the English Sporting Team.

The competition consisted of 40 targets shot on E.J. Churchill’s English Sporting course that was also open to all attendees of The Game Fair throughout the weekend and set by 26-time World Champion clay shooter George Digweed MBE. The top five County Champions from this course were then invited to compete in a final which consisted of a 25-target Sportrap layout. The shoot off between Billy Baughan and Chris Orrin consisted of another 25 targets, but after they tied at 22 it went to a further best of six targets, which Billy won five to four.

Speaking after his win, Guy said: ‘I’m absolutely delighted to win Champion of Champions at The Game Fair 2019, this is the third time I’ve won the title in the last four years which really means a lot to me. I’m looking forward to going out to America with the England Team next week [for the World English Sporting Championships] and this is a really good confidence booster.’

The CPSA is the National Governing Body for Clay Target Shooting in England, supporting clay target shooting enthusiasts across the UK and promoting the highest standards of excellence. The CPSA regulates the standards of safety and competition at 300 affiliated and registered grounds around the country, promoting and organising national championships in sixteen different clay-shooting disciplines.