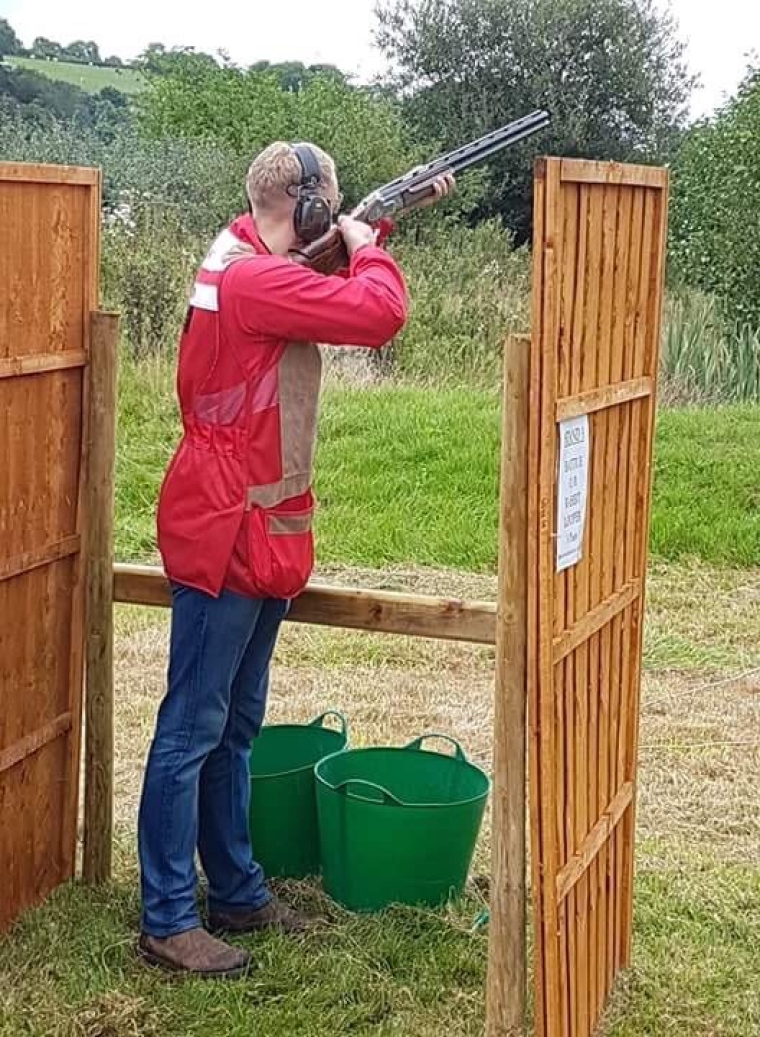 Near Sweep for England at English Sporting Home International

Congratulations to Team England who almost had a clean sweep of team events, missing out on the Super Veterans, by just three clays.

England Veteran Phil Smith scored an excellent 93 to take the High Gun of the match. Phil said, “I have been trying for about 20 years to win this event!” and now he has finally achieved it. Congratulations Phil!

Runner up of the event was Billy Baughan, who was just one clay behind Phil on 92.

The Ladies title was won by England’s Georgia Moule with a great score of 84.

Juniors was once again won by Josh Bridges with 87.

Veterans winner was Phil Smith on 93.

Super Veterans was taken by Wales shooter Phil Ash on 80.

All team events were won by England, with the exception of Super Veterans, which was won by Wales.

The Captains’ Cup was won by England’s Graham Stirzaker with 89.

All the teams were invited to attend next year’s H/I which is being held in Northern Ireland.