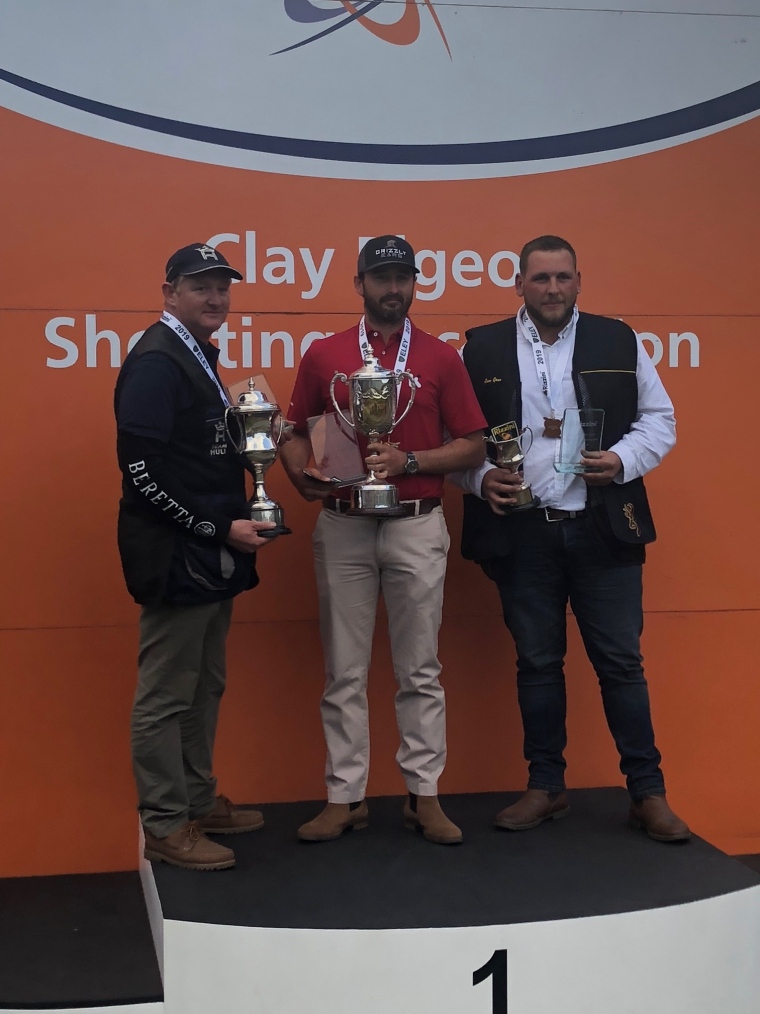 Three stands were shot in the Super Final on what had served as the Pool Shoot for the previous days, but had been set with new targets by ground-owner Tom Jones and his team for the event. The targets were superb, with the cherry-picker used for the infamous downward target on stand 15 in qualifications being set with a chandelle target thrown from the same height towards the clubhouse, where the finalists shot from a stand placed on the clubhouse balcony.

Parent and Child was won by James and Thomas Woodcock and Mark Ingate won the Side by Side trophy.

Irish shooter Roland Morris managed to equal Iain Platts' feat of straighting the famous stand 15 today, adding another £100 to Referee Mick Kirby's  fundraising campaign for his charity trek of Mount Kilimanjaro in support of the Amputation Foundation and Limb Power (on Saturday and Sunday the CPSA donated £100 for any straight of stand 15). View Mick's Just Giving page here.

The event is made possible thanks to the generous support of sponsors Rizzini (distributed in the UK by ASI), and Eley Hawk, who have provided a gun and cartridges respectively as prizes for winners, and Promatic Traps, who are supporting with trap engineers to keep everything running smoothly.