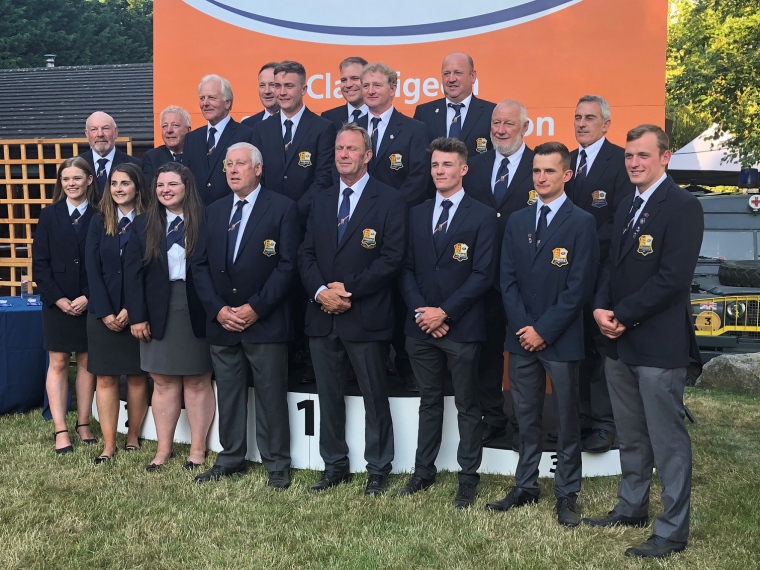 CPSA World Festival of Shooting - Day seven round up

Today marks the final day of the CPSA World English Sporting Championships here at E.J. Churchill Shooting Ground, in Buckinghamshire. It’s been a busy week, culminating with the super final, where the top six shooters from across the week shoot-off for the World title.
Before the super final could take place there was a three way tie for sixth place with Chris Daniels, Phil Gray and John Newman all finishing on a score of 179 ex 200. After a tense shoot-off Chris Daniels emerged victoeious to take the final place joining fellow English competitiors Richard Bunning, Mark Winser, Sam Green, Shaun Stacey and then Frenchman Gael Poinsot.
After a tense round of 25 targets, there were ties for fifth and sixth and Overall High Gun. Chris saw off Gael to take fifth place before a nail biting grand final between Richard Bunning and Mark Winser for the World title.
For both men to be tied after 225 challenging targets, the large crowd was treated to a further ten targets, with Richard coming out on top scoring nine to Mark's seven to be named the 2018 CPSA World English Sporting champion.
In the team rankings England once again lead the way, with the Senior team lifting gold on a combined score of 884 ex1000, followed by Team USA on a score of 865 ex1000 to take silver and Wales on bronze with a score of 806 ex1000.
In Juniors, the same rankings were mirrored with England once again secured gold on a score of 515 ex600, followed by Team USA with 509 ex600 and Wales scoring bronze with their combined score of 413 ex600. There were no changes when it came to the ladies’ teams, with the English Ladies lifting gold on a score of 470 ex600, followed by Team USA on silver scoring 461 ex600 and Wales on bronze with a collective score of 452 ex600.
Lastly when it came to the Veteran and Super Veteran teams, the English Veterans team secured gold with a 509 ex600, followed by Team USA in second on 479 ex600 and Team Wales in third on 471 ex600. But breaking from the trend, the American Super Veterans team shot superbly to achieve victory on a great score of 459 ex600, placing Team England in the silver rankings on 444 ex600, followed by Wales in bronze scoring 439 ex600.
For a full list of the winners in class and category follow this link.
With the CPSA World English Sporting returning to home soil we also seen the return of the Blaser Inter-Continental Trophy, a fantastic feature and climax to the week, where the English and USA senior teams go against each other in an entertaining shoot-off, to win the stunning Blaser trophy and have their names and portraits timelessly emblazoned on a beautiful leather-bound book.
Two years ago, England earnt victory by 142 to 136 ex180, so the Americans returned in full force to take back the honours. This year it was shot out of 200 and the Americans took command early on and went on to win with a score of 179 to England's 166.
In conclusion we would like to thank event our hosts E.J. Churchill Shooting Ground for helping run such a fantastic event, as well all the World Championship sponsors, Longthorne, Gamebore, CCI Clays and Promatic Traps, plus Blaser for their continued support of the Blaser Inter-Continental Trophy.

International Team Results and side events

Thank you to everyone who joined us at the CPSA Festival of Shooting, we hope you really enjoyed all the events over the week.