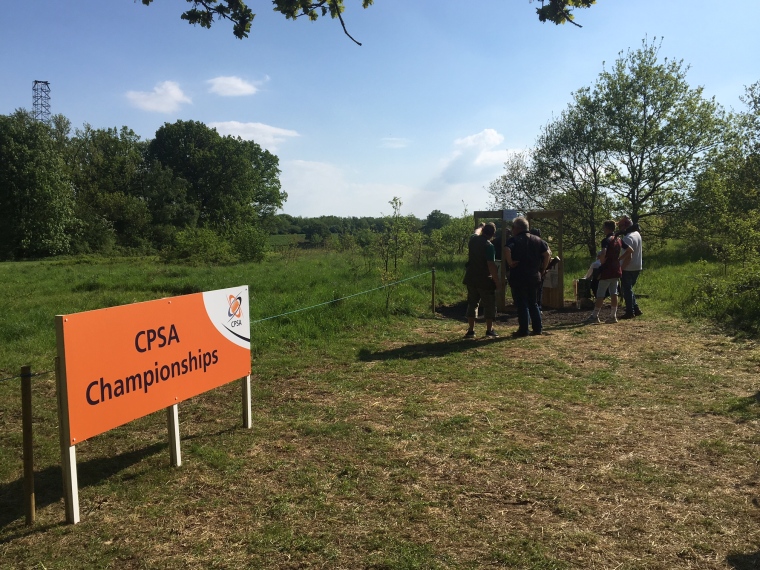 Warm sunshine greeted all the shooters competing on day one of the English Open English Sporting at Atkin Grant & Lang.

With the event selling out in under a month, anticipation for the first CPSA Major of the year was as high as ever.

Straight back from refereeing at the Commonwealth Games, A class shooter Bob Meadows shot in the first squad of the day and recorded 80ex120.

He commented, "It was a good shoot, there were an awful lot of long targets to start with and then it settled down and it's a nice balanced shoot. The referees were as you would expect, very experienced and I'd like to say well done to all of them."

It was becoming increasingly apparent that the course challenged shooters right from the off, rather than ease them in, with stand three causing even the very top shots problems.

As many reflected, the course shot like a Major Championship should - a sentiment which was echoed by Nick Hendrick who went round in 107 to top score on the day.

Nick said, "I thought the targets were difficult in places but fair, it's a fantastic ground. As with everybody I think there's always room for improvements and I don't think 107 will stand, but we shall see."