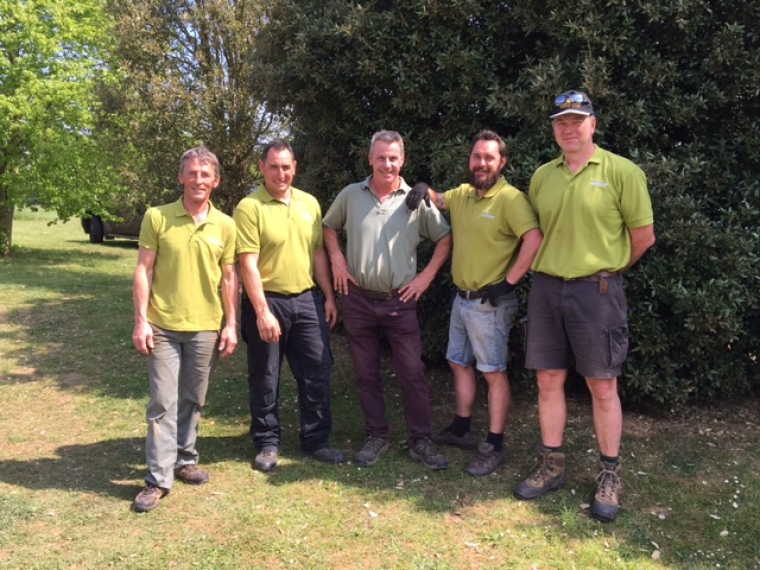 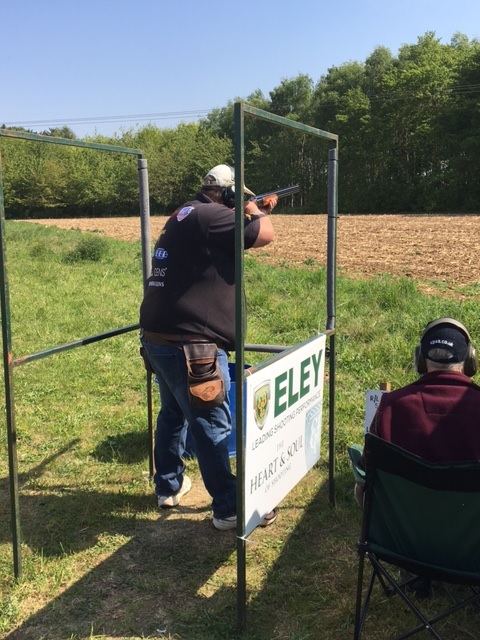 The second day of the English Open English Sporting at Highwaymans Shooting Ground continued in similar fashion to the first day.

A bright clear morning with very little wind meant it was again going to be a case of who could put the most consistent performance together to try and match Taylor Hedgecock’s score of 113 ex 120 at the top of the leaderboard.

AAA shot Paul Simpson posted the highest score of the morning shooting 112 ex 120 to join Philip Thorrold in a tie for second place. Paul shot seven or eight on every stand, adding further emphasis to the importance of remaining consistent.

Also out on the course on Thursday morning was George Digweed. Despite being a little disappointed with his score of 107 ex 120, George was still impressed with the course, “The ground looks fantastic and is really well presented. The targets were spot on, plenty to shoot at, but you’ve got to be on your game.”

The scores continued to filter in throughout the morning and the overriding verdict was that anything around the 111 or 112 mark would be a good score. Clearly this was what Highwaymans owner Simon Smith and his ground staff were hoping for.

When speaking to Simon he said, “My brother Mark and I spent a lot of time setting the course up and designing the stands to try and make sure that everyone is hitting 50% - so there’s a target which you should really hit and one you have to work for. We designed the course so that people were shooting to their class and so far, the scores have reflected this.”

Looking back over the first two days of the competition he added, “It’s gone really well so far, everyone has had positive things to say and it’s nice to welcome so many new shooters to Highwaymans. We 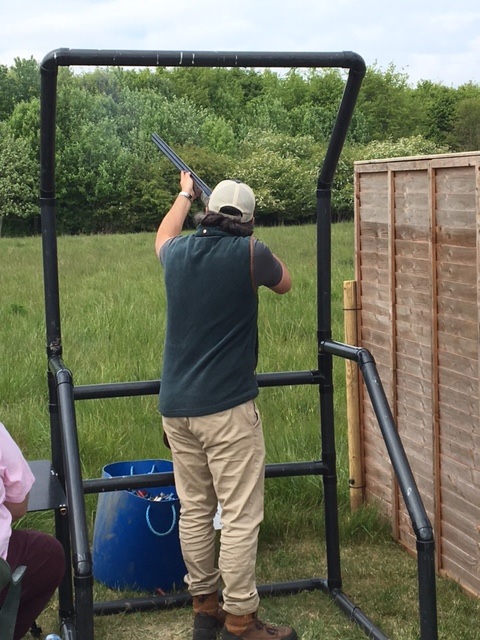 have such a big ground here so we’ve been able to put on targets which gives the shooters the chance to see the target before hitting it.”

As thoughts turned to what’s to come and whether anyone can emulate Taylor’s score he commented, “Taylor is in there and his score is on the board, so they’ve all got to try and catch him. We’ve still got a lot of shooters to come, a couple of local lads including Aaron Harvey, so let’s see if anyone can better his score.”

In the afternoon Pauline Chapman stormed to the lead in the ladies category shooting an impressive 99 ex 120. Before that Hannah Gibson shot 90 ex 120.

Carl Bloxham and Mark Winser both shot 111 ex 120 which puts them in strong contention to make it back on Sunday for the Super Final with three shooters currently above them.