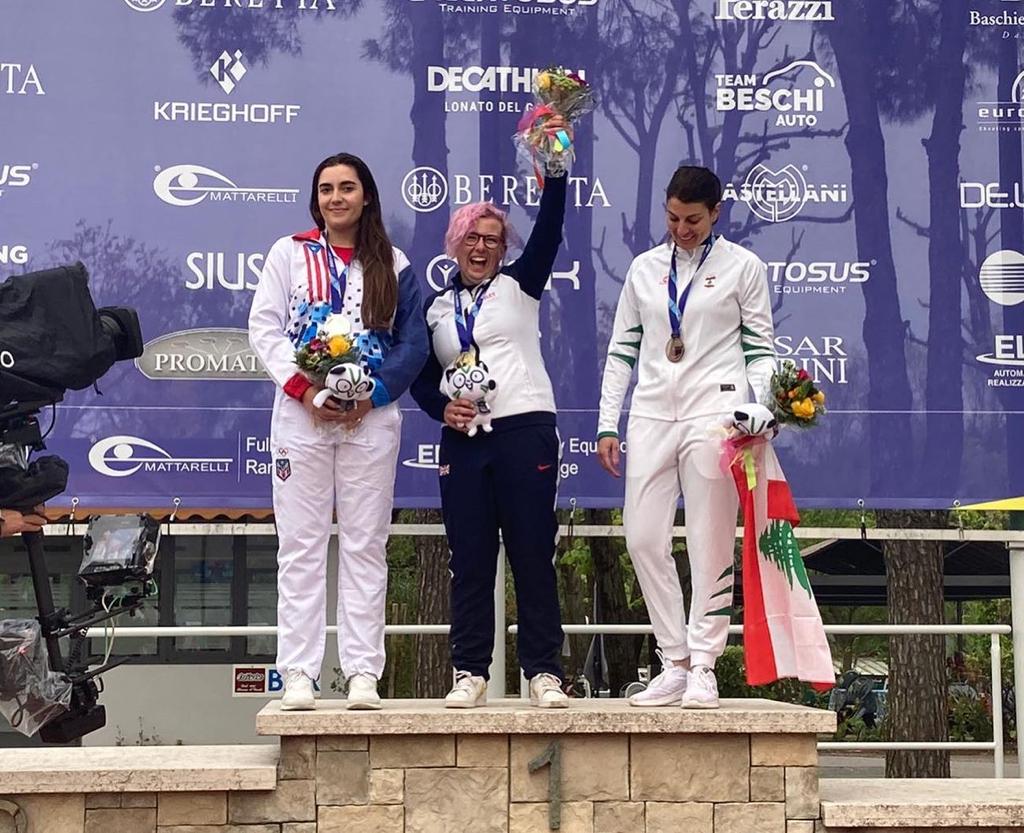 Kirsty Hegarty wins GOLD at the ISSF World Cup in Lonato, on a day where all GB’s Tokyo 2020 shotgun shooters reached semi-finals.

She held her nerve after being pushed all the way by Puerto Rico’s Augusta Campos-Martyn and Lebanon’s Ray Bassil.

The gold medal match finished two shots early as Kirsty’s lead meant that Augusta was unable to catch the Northern Ireland shooter. That meant the final score was 31 shots to 28.

Speaking after the final, Kirsty said: “I don’t think I’ve ever been this happy. It feels better than winning a quota place, it feels better than being at the Olympics. It feels absolutely amazing. The atmosphere has been great. Everyone was shooting really well. The whole team has gelled really well and it’s actually been a good laugh. It’s all about taking one target at a time and trying not to focus on the end. Just focus on what you’re doing and it’ll work out."

In the Men’s Trap competition, some excellent shooting from Matt Coward-Holley saw him reach the final of the competition but he unfortunately missed out on a medal after finishing fourth based on bib number.

Aaron Heading made it to the semi-final of the competition but he went out in fourth place.

Nathan Hales finished qualification in 24th place and so did not proceed to the semi-finals.