West London Shooting School hosted the final shoot in the series over the weekend with over 200 shooters taking the opportunity to shoot at this lovely ground and despite the strong winds, the feedback was that it was a very good variety of targets set over 14 stands, so many thanks to the team at West London for hosting us.

We'd like to thank all of the grounds for taking part in what's been an unprecedented year and under the circumstances we are delighted to have completed the series.

Also special thanks again to our sponsors, Browning, Eley, Promatic & Evolution Glasses for their support and generous prizes.

So after a hard fought contest, 2019 Runner Up and Browning sponsored shooter, Chris Childerhouse emerged as the 2020 Overall Premier League High Gun so huge congratulations to Chris. He takes homes a fantastic Browning 725 Black Edition Sporter, £1000, 1,000 Eley cartridges and a set of Evolution Edge Shooting Glasses. 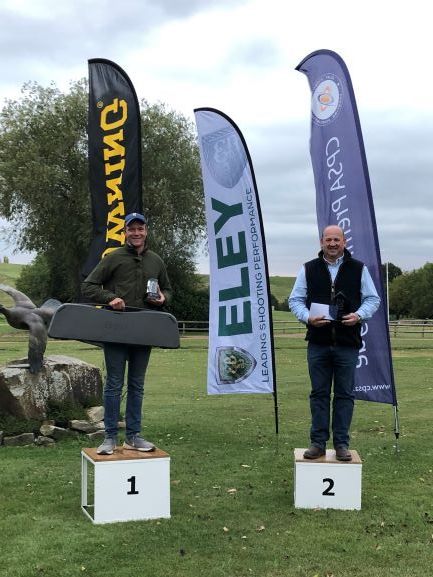 The top of the table was very closely contested with only a few points between the front runners with Martin Myers, Colin Ferguson and Dan King only 3,4 & 5 points respectively adrift of Chris. Commiserations to Colt Shooter Dan King who shot superbly and only missed out on the overall 3rd spot by one point but did secure 1st in A Class and 1st in Colts so very well done to him.

Team Owls Lodge & Team Sporting Targets were crowned Division Winners, each winning £500 and taking the maximum 10 bonus points into the final so well done to them but we are delighted to confirm that Team Owls Lodge are the 2020 Premier League Champions taking home our lovely trophy, winners plaque and a pallet of clays courtesy of Promatic!

Please see below for the top 3 positions overall and in Class & Category. For the avoidance of any confusion, as per the Premier League rules which follow our Championship rules regarding classes spanning more than one classification period, the final positions in the Premier League are based upon the shooters highest class during the series.

Any uncollected Premier League trophies and prize money will posted asap but if you happen to be passing CPSA HQ at Bisley over the next few days and can collect them please do let us know.

We also saw some great shooting on the day at West London with Mickey Rouse putting in a monster 96 ex 100 to take the High Gun prize of £250 one ahead of overall series winner Chris Childerhouse who had been scored 96 but very sportingly confirmed that he had dropped 5 targets not 4 to take 1st in AA Class instead.

Here are the scores and places from Saturday which are based upon the current classifications:

To view the full results from this shoot Click Here. All Class prize money for the 100 Registered ESP will be issued by cheque from CPSA HQ.