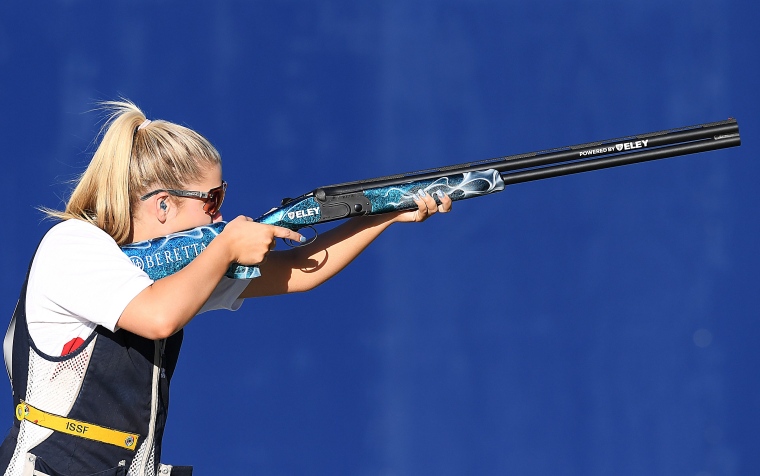 The selection makes Amber the most experienced athlete on the shooting team after representing Team GB at the Rio 2016 Olympics, where she was a finalist in her discipline at just 18 years old.

After Rio, Amber went on to claim a gold medal at the Commonwealth Shooting Federation Championships in 2017, and a silver for Team England at the 2018 Commonwealth Games.

Now 23, and sitting at number one in the world, the Bracknell shooter is in top form having secured her Olympic quota place at the European Championships in Osijek where she won bronze.

Discussing her selection, Hill said: “It seems like it’s been forever since we’ve been competing for Tokyo quota places, but now I’ve finally secured my place it feels absolutely incredible. I’ve been working really hard behind the scenes with my support team from British Shooting.

“The support from all my sponsors as well as funding from UK Sport and the National Lottery has been so important to me and I may have left it quite late to get my quota, but I’m just so glad it all came together.

“The fact I can now represent Team GB at another Olympic Games means everything because as athletes this is what we work so hard for. Now I just can’t wait to get on that plane to Tokyo.”

“Since Amber’s Olympic debut in Rio five years ago she has continued to go from strength to strength, medalling at major competitions and demonstrating the consistency and skill required to earn a second Olympic call-up. We really look forward to seeing what Amber and the rest of the team are capable of in Tokyo this summer.”

'It is fantastic to officially announce Amber’s selection for Team GB following her recent success at the European Championships.

“Amber has been in outstanding form this year and she is a great addition to a strong shooting team representing Team GB at Tokyo 2020."

Meanwhile, The BOA is also able to confirm that Matthew Coward-Holley and Kirsty Barr are the two athletes within the team to compete in Mixed Team Trap in Tokyo.

The discipline is one of nine new mixed-gender events due appear in Tokyo for the first time across all sports.

Seligmann added: “We are also pleased to confirm our mixed trap team for Tokyo 2020 and congratulations to Kirsty Hegarty and Matthew Coward Holley in their selection.

“Our focus is now on the final preparations for each athlete as we get ready for Tokyo.”