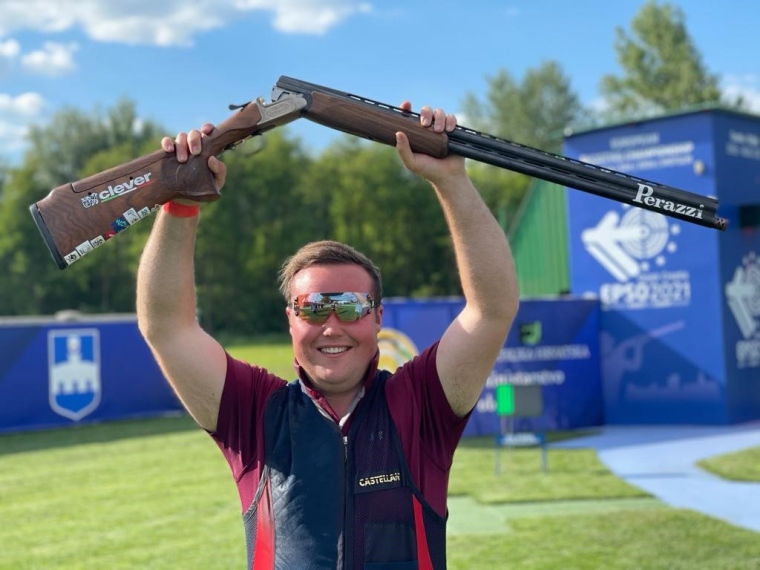 The medals just keep on coming for the current World Number 3, with his third medal in just two months being a gold at the European Championships in Osijek.

It was such a tightly fought final but Matt held his nerve right the way through to his last shot, finishing with a score of 47ex 50.

The result in Osijek means Matt has secured the title of World Champion and European Champion in the last year, and today’s European result comes hot off the back of a Green Cup gold and a mixed pairs gold (with Kirsty Hegarty) at the Lonato last month.

Speaking after the result, the Chelmsford shooter said: “It feels so surreal. It’s been a phenomenal end to a fantastic trip.

“It took me a little while to get going but once I was up and running it was all good.

“I’ve been lucky enough to be training abroad since April. It’s been really great preparation and it’s clearly paying off.”

Next up for Matt is the small matter of the Tokyo Olympics where he will look to take all of his confidence from his recent results.