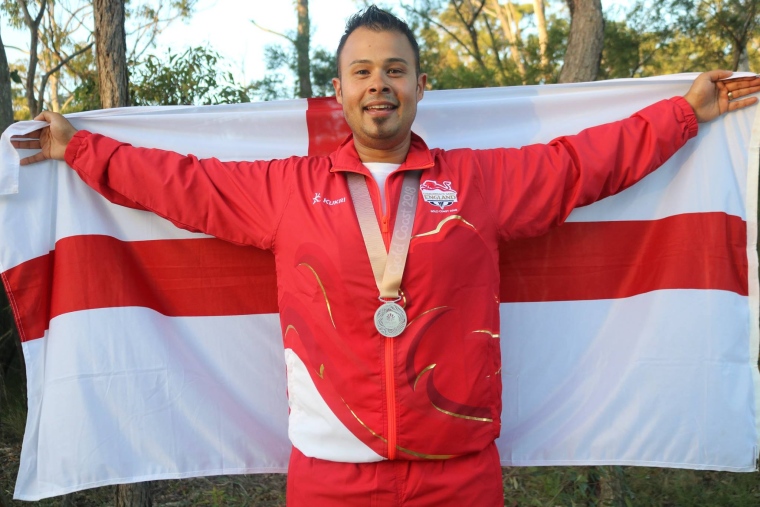 Shooting alongside teammate Ed Ling, Aaron finished day two of qualification in a tie for second place on 119ex125. Ed matched Aaron’s score and the English duo were joined by Australia’s Mitchell Iles-Crevatin, who also finished on 119.

Following a shoot off, Aaron progressed to the six-man final as the second ranked shooter, with Ed ranked third. Michael Wixey from Wales progressed in first place after shooting 120 in qualification.

In the final Ed was eliminated in fourth place, shooting 28ex35 – adding to England’s list of near misses for the Games.

Aaron continued to shoot confidently and finished the final on 43ex50 to take silver, pushing Michael from Wales the whole way, who scored 46 to take gold and set a new Games Record in the process.

Our congratulations go to Michael Wixey on taking gold for Wales.

To view the full scores from the Men’s Trap, click here.