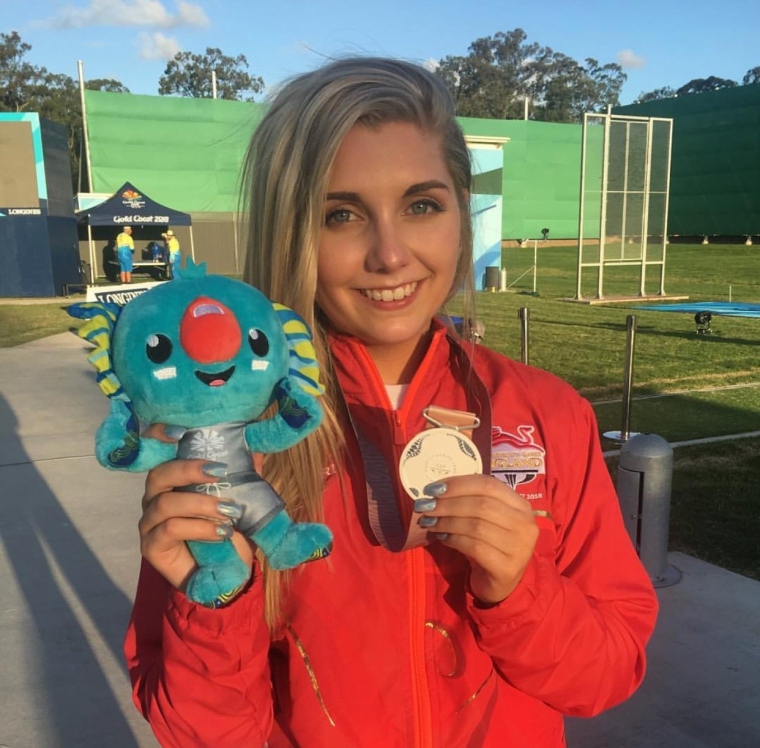 Amber Hill Wins Silver Down Under

Amber Hill won Team England's first medal in the shooting disciplines at the Commonwealth Games when she took silver in the Women's Skeet earlier today.

Shooting alongside teammate Emily Hibbs at the Belmont Shooting Complex, Amber shot 69ex75 (23, 23, 23) in qualification to reach the final. Emily matched Amber's score, which left the English duo tied in fourth place heading into the final.

Speaking after winning silver, Amber said: “It was an amazing final and I’m super happy to be coming away with a silver medal. I’ve just been at the World Cup in Mexico where I got a bronze, so I’m slowly creeping up the medals!"

Amber thrived in the final and clearly enjoyed the atmosphere, but she couldn't quite match the nerveless Andri Eleftheriou from Cyprus who shot 52ex60 to take the gold.

She added: “The pressure is always there during finals, but I was just enjoying it. The crowd were really getting behind us and with the music playing throughout I just felt relaxed.

“You always know where you need to be in the final and you can’t help but see the massive screen to the side of you with all the numbers on. But you can’t let it get in your head too much and I try to use it as a positive.”

Emily finished in a credible fifth place and shot 24ex30 before being eliminated. The result marks a fantastic achievement for Emily shooting at her first Commonwealth Games.

Commenting on shooting alongside Emily, Amber said: “It was so nice to have a teammate in the final with me and she shot amazing. It’s her first Commonwealth Games and to come away in fifth place is fantastic. She’s definitely one to watch for the future."

To view the full results from the Women's Skeet, click here.

Our congratulations go to both Amber and Emily.