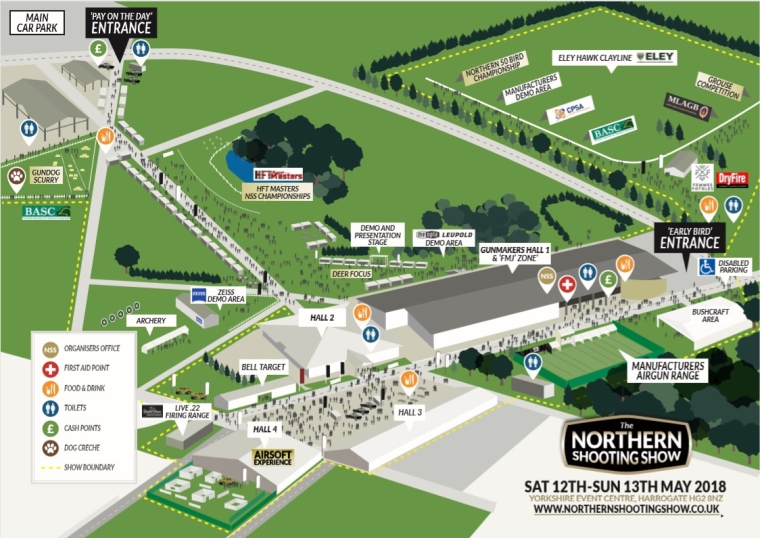 The Northern Shooting Show runs across the weekend of the 12th and 13th May at the Yorkshire Event Centre. Jack Cavilla talks to Paul Whitelam, who runs the show alongside Richard Stokoe.

SINCE ITS inception in 2016, the CPSA have been ever present supporters of the Northern Shooting Show. Established by Richard Stokoe and Paul Whitelam, the show welcomes all shooting enthusiasts - whatever your discipline.

Packed with retailers of guns, clothing and accessories, as well as one of the largest claylines in Europe for those wanting to try different shooting activities, there is something on offer for everyone, from shooting newcomers to seasoned experts. 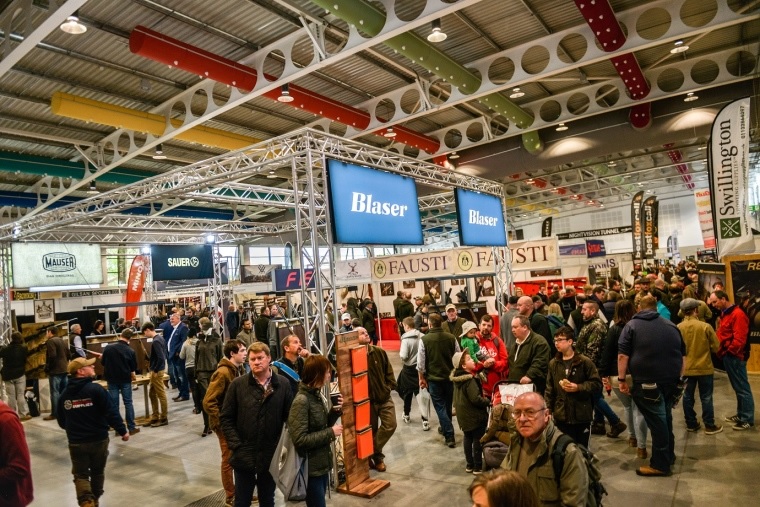 The growth and popularity of the show is something Paul is quick to acknowledge: “The demand for the show from both exhibitors and visitors has been fantastic and the venue acts as a big factor. Having a mixture of professional indoor exhibition halls and outdoor demonstration activity areas really satisfies everyone’s needs.”

He added: “The show continues to grow this year with the addition of another exhibitor hall. Each specialist area has more depth and we now have more of the bigger players in the industry attending. This means the clayline now has more manufacturers on the demonstration area allowing visitors to try out all the latest models.”

For anyone who might be tempted to purchase a shotgun whilst at the show, the Northern Shooting Show team have tried to help with the process: “We will have seven police firearms departments on site, some doing grant interviews, renewals and variations on the day. This is revolutionary and makes it easier for visitors to purchase on the day from dealers at the show.”

Paul believes the unique location when compared to other game fairs and shows has contributed to their growth and success: “There is nothing in the North that represents shooters, so it was well received by locals who were pleased to have not been forgotten about for once. To add to this, the exhibitors at the show valued their custom. We believe that we have also priced it sensibly for both exhibitor and visitor, with advance day tickets costing just £12.”

Whilst the show goes from strength to strength, the scope of it within the shooting sector remains broad: “GMK will be bringing their full range of Beretta & Benelli shotguns so you can see them exhibited in the main Gunmakers Hall and they are on the manufacturer’s clayline.”

Paul continues: “We’ll have big name such as Perazzi, Longthorne, Blaser, Marocchi and others who are returning. AimCam are attending with their new revolutionary shotgun camera. In the halls there will be specialists like Pilla and Komodo with shooting glasses, plus hearing protection companies and specialist clothing retailers.”

“Giles Marriott will be attending for the first time this year, selling classic English and Continental shotguns with more shotgun dealers focusing on new & used guns. We will have thousands of new and used shotguns to try and buy at the show.”

The show also represents the opportunity to showcase the sport to newcomers and the organisers are clearly committed to helping grow the shooting industry: “Speaking from our own point of view we take the continuation of shooting very seriously”, says Paul. “We all recognise the average age of a shooter needs to be lower and the only way to do that is to start at grass roots and make it available and inclusive for beginners to have a go. That’s why at our show we are trying to push shooters to bring non-shooting friends along, as the show is the perfect platform to have a go in a friendly environment and gain advice from associations and experts.

The CPSA supports this sentiment and will be providing ‘have a go’ taster sessions on the clayline under the guidance of our qualified instructors and coaches, as well as exhibiting inside the main hall offering membership deals and information.

Finally Paul gives some words of wisdom to any first time attendees at the show this year: “Get saving and bring your wallet and shotgun certificate, as we really do have something for everyone!”

You can purchase your £12 Early Bird ticket including free parking, free booking and fast entry now at www.northernshootingshow.co.uk/tickets