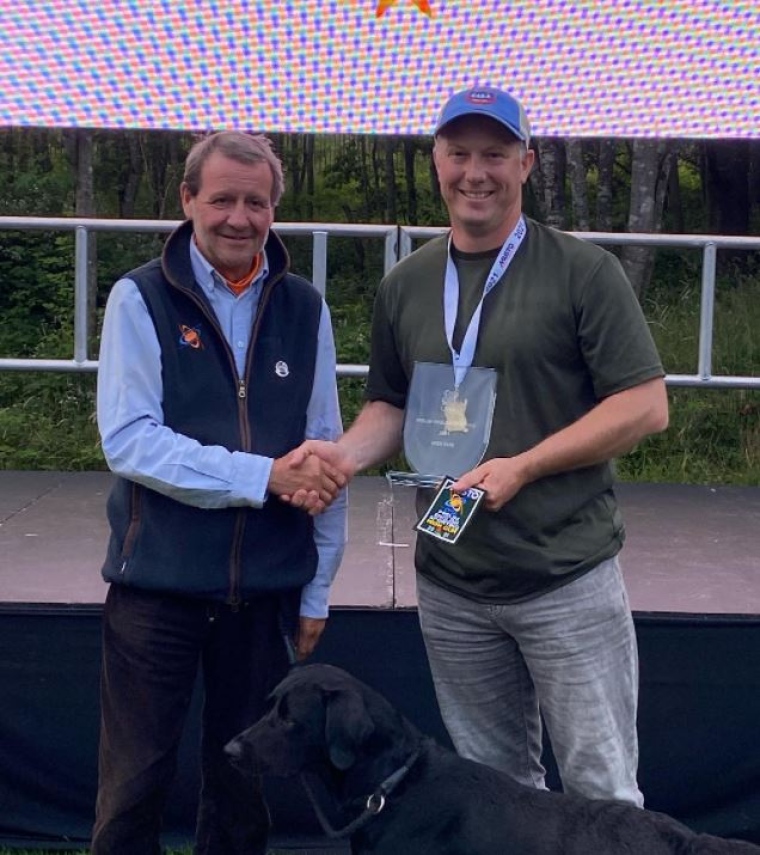 David Marshall has claimed victory in the CPSA Prelim English Sporting with an outstanding score of 98 ex100, only dropping two target to secure the title of High Gun.

There was an array of joint scores across the classes and categories, with a total 9 shoot-offs called. In AAA class, Michael Hibbert, Martin Myers and Graham Stirzaker all shot five pairs to place. Graham scored 6 in the first round, leaving Martin 2nd and Michael 3rd.

In AA class, Darren Standford won the shoot off for second with Marc Watson and Stuart Donaldson, finishing on 5 in the first round. Amusingly, Marc and Stuart ended up in sudden death for third place and were both sharing Stuart’s gun. Stuart took 3rd, winning on first hit.

Great shooting by all who took part in the Prelim, both in the competition and the shoot-off.

Please click the following links for the Prelim Winners, Overall Scores, and Class and Category Scores

With the second batch of scores coming in for the CPSA World Sporting competition today, a new competition leader has formed, with James Bradley Day shooting 95ex100 today on his second course, to total192ex200, placing him two above Mark Winser who shot earlier in the week. Will these scores hold, as the final shooters compete tomorrow on the final rotations of Saturday and Sunday?

In the World Sportrap, of which today was the penultimate day of the Sportrap Championships Competition, saw Kallum Burrell shoot a 98ex100 pusing Steve Clarke off the top spot by won. With tomorrow being the last day of the Sportrap, we’ll see if 2 away from straight can be beaten.

Tomorrow as marks the start of the World Team competing in the World Championships, meaning tonight, Friday, was the Opening Ceremony for the weekend events. After the prelim presentation, CPSA CEO Iain Parker thanked Sir Edward Dashwood for hosting the Worlds on his private estate once again, and to Rob Fenwick and his team for all EJ Churchill's hard work on setting the four championships events.

Sir Edward said “I am pleased to open up West Wycombe estate for such a great event once again… We’ve put in a lot of work on both the ground and estate, and its great to have everyone here to enjoy it once again”

Northern Ireland, Scotland, Wales and England’s respective teams were called in procession accompanied by their national anthems through the trade village and made their way onto the stage, as the team members’ individual names were called. The teams, along with sponsors of the event enjoyed a drinks and dinner reception at the Pavilion following the Opening Ceremony.

We look forward to tomorrow, as both the first day of the final sporting rotations of the World English Sporting, as well as the final day of the World Sportrap. We are aiming to start any Sportrap shoot-offs tomorrow at 6.30pm with the prize giving to follow on the stage in the Trade Village.

Thanks go to E.J. Churchill Shooting Ground for hosting the Championships, and to the following sponsors for help making all the events possible: Rizzini, Musto, Swatcom, Gamebore, Eley, Fine Shooting Accessories and Promatic.