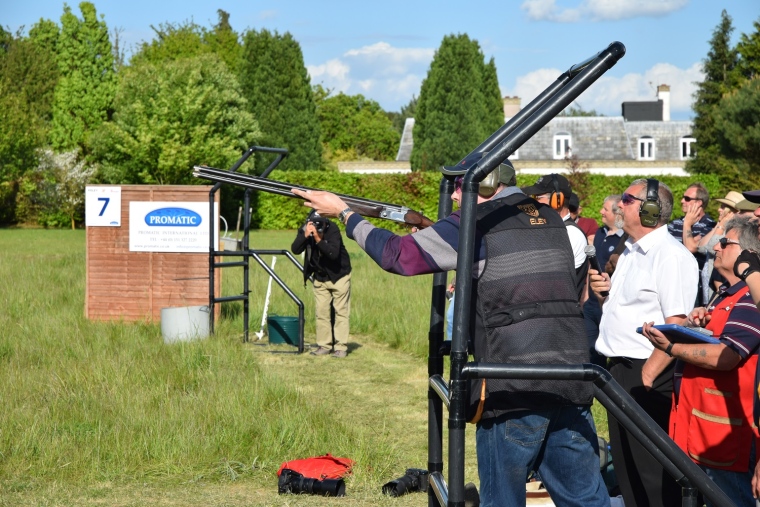 Having shot 112 ex 120 on Thursday to qualify for the six man Super Final, Paul returned one point behind 18-year-old Taylor Hedgecock who led the way from day one.

The 30 targets set for the Super Final were described by the winner as "big, long targets" and posed a challenge to all of the finalists.

Plenty of drama unfolded on the last stand. Paul missed his first pair, before hitting the remaining eight targets to give him an overall score of 135. Taylor only managed to hit one out of his first four targets, which proved decisive. A final stand score of five gave the teenager a total of 132 to earn him third place and the Junior High Gun.

Despite a late rally on the last stand in the Super Final, Philip Thorrold's score of 134 just left him short of Paul's score, leaving him to take the runner up spot.

After the Super Final Paul said, "I've known Taylor and his parents for a long time, I've basically known him since he was baby. It makes it slightly bittersweet but it's still nice to win the trophy."

"He was in the hunt right up to the last stand, we were level, but I suspect those four pairs put the pressure on him."

In the Veterans Carl Bloxham and Steve Brightwell both earned a place in the Super Final scoring 111. However, it was Carl who came out on top with his score of 19 ex 30 in the final enough to take the category High Gun and first in AAA class.

The Lady Colts category was equally as competitive. The top three shooters were separated by two points. Annalise Evans took the honours with 88, closely followed by Evie Figliolini on 87 and Ami Hedgecock with 86.