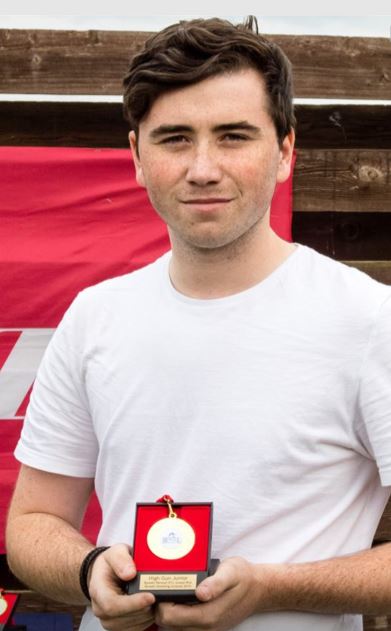 Aged 9 with my Grandad. I was going to local farm shoots and then joined North Wolds Gun Club shooting mainly Sporting against other clubs, that's when I really got the bug for competing.

My gun is a Krieghoff K80 and my cartridges are Eley DTL Gold.

Shooting well enough the last two years to have got into the Junior England Team, shooting in Northern Ireland and Southern Ireland in 2016 and being Junior High Gun and highest new cap for England. In 2017 I competed in Scotland for England Juniors. But I think the biggest achievement is qualifying for the team going to Wagga Wagga, Australia in March. I'm really looking forward to it.

Rob Hall - The Gun Room / Eley have sponsored me the last couple of years.

Obviously still Rob and Eley, but I would love Krieghoff as I think you cannot beat Krieghoff. Once you have used one you wouldn't want to go onto anything else.

Doing well in Australia at the World Championships and to continue to try and get into the England Juniors team.